Aston Martins arrive in Italy ahead of Matera shoot

A number of replica DB5s have arrived for stunt work in Bond 25. 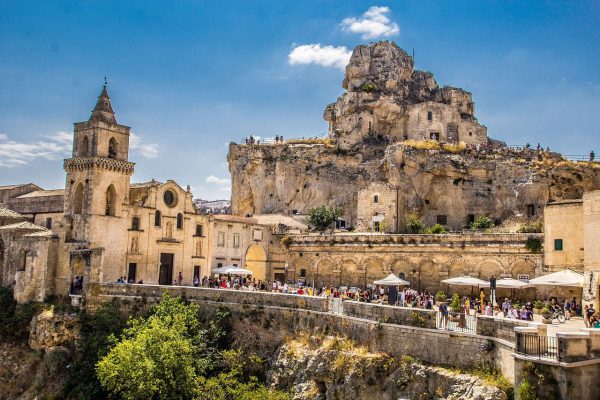 Italian local media reports that filming in Matera has been delayed by a week. Location filming for Bond 25 was due to start on 26th August but has, apparently, been delayed until the first week of September.

In preparation for the stunt work, a trailer load of replica Aston Martin DB5s has been photographed in the town. While the cars appear to be DB5s, as Daniel Craig explained to Prince Charles when he visited Pinewood Studios, they are powered by a BMW engine and have a carbon fibre body. The number of DB5s suggests the cars will take a major battering during filming.

The report also states that the scenes will involve 800 extras and that a number of Rolls Royce’s are parked ready for filming.

It also says that filming is due to end in mid October and will mostly involved the second unit, although Daniel Craig is expected to spend at least one day in the region.

However, filming in Italy was supposed to end in the latter half of September and so the October date is questionable. The town is going to be seriously affected by filming, with prohibitive parking restrictions posted by the local authority. As the posted dates end in September it seems likely filming in Matera will end then.

The article states filming then moves to the Ionian coast, although that doesn’t quite fit with the beach shared by Cary Fukunaga recently on Instagram. It is Lido i Gabbiani on the Tyrrhenian Sea, although it is certainly possible that several seaside locations will be used in the final film.