Anthony Horowitz spoke to the BBC this week about his second James Bond continuation novel, due out in 2018. 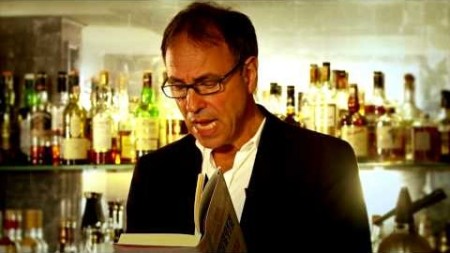 Speaking on BBC Radio 5, Horowitz said he’ll write the book in 2017 and that he “sort of” has a plot, but no title. He also revealed he came up with a “killer” first line that is his main reason for wanting to do a follow up to Trigger Mortis.

He also confirmed that the book will contain more original material written by Ian Fleming that he will use in the first or second chapters. Fleming wrote a number of story outlines for  a TV series that was never made, some of which were reworked as short stories in For Your Eyes Only.

Five more were discovered more recently, one of which was to do with motor racing and was used in Trigger Mortis. Of Fleming’s four remaining story outlines Horowitz has not yet decided which he will use, but it will be used as opening or second chapter.

When the interviewer asks about fast cars and gadgets, Horowitz tells him the gadgets only really appear in the films and that Fleming didn’t generally include them. He went on to say there will be fast cars, chases and beautiful women though.

I’ve got a killer first line, which I can’t tell you, but it’s the only reason I want to write the book really, because of this first line. When it came to me I just knew that it had to appear and therefore I had to write a book to go with it.

The interview lasts more than 25 minutes but you can hear him discuss Bond 21 minutes and 35 seconds from the start.