It was announced yesterday that Karin Dor, who appeared alongside Sean Connery in You Only Live Twice, has died at the age of 79. 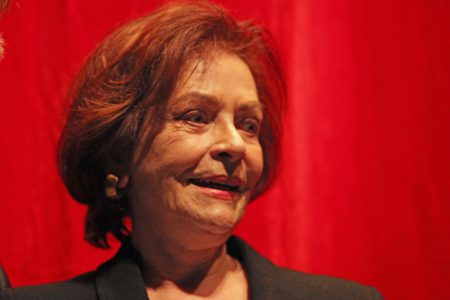 The German played SPECTRE number 11, Helga Brandt, in the 1967 movie directed by Lewis Gilbert. At one stage the SPECTRE henchwoman captures 007, but he manages to escape. She ends up paying for her mistake with her life, when Blofeld drops her into a pool of piranhas.

Dor appeared in many German films as well as English language films. In addition to her Bond appearance, she also appear in Topaz (1969), directed by Alfred Hitchcock. More recently the actress had been concentrating on stage roles.