This weekend we learnt the news that Albert Moses passed away earlier in the year at the age of 79. 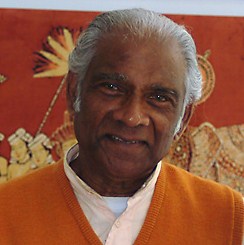 Moses moved the the UK in the 1970s, where he mainly worked inn television. He was cast as a barman in The Spy Who Loved Me (1977) because of his ability to speak Arabic and travelled to Egypt for filming. He was approached for Octopussy (1983) to play the part of Sadruddin, the local MI6 station chief.

As well as the Bond films, Moses appeared in John Huston’s The Man Who Would Be King (1975), which starred Sean Connery,  Michael Caine and Christopher Plummer. On the big screen he also appeared in An American Werewolf in London (1981) and Pink Floyd: The Wall (1982).