The Lotus Esprit S1 became an instant automotive icon when it made its screen debut in The Spy Who Loved Me in 1977. 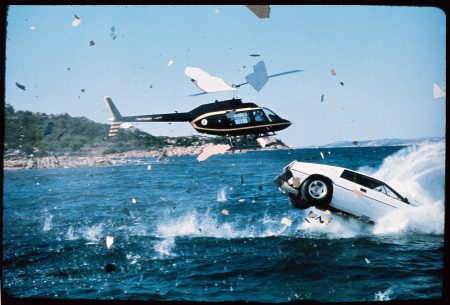 The Lotus is driven into the sea during the chase and transforms into a submarine
The Spy Who Loved Me © 1977 Danjaq, LLC and Metro-Goldwyn-Mayer Studios Inc. All Rights Reserved

Albert R. ‘Cubby’ Broccoli’s first Bond film as sole producer and the tenth in the James Bond series, the film’s success helped define the legacy of one of the film industry’s most beloved figures.

The Lotus Esprit S1 was small in size — 419 cm long, 185.4 cm wide and 117.7 cm from ground to rooftop — but huge in stature. Q’s modifications not only equipped it with cool gadgets and heavy firepower but also with the capability to transform into a submarine. None of this sacrificed the Esprit’s speed or ability to handle the tightest of corners.

In Nassau, the special-effects unit floated models of Atlantis and Bond’s submersible Lotus out to sea on a barge to film in clear water
The Spy Who Loved Me © 1977 Danjaq, LLC and Metro-Goldwyn-Mayer Studios Inc. All Rights Reserved

In the film, Bond (Roger Moore) picks up the Lotus in Sardinia during his joint mission with Russian agent Anya Amasova (Barbara Bach) investigating shipping tycoon Karl Stromberg (Curt Jürgens). When Stromberg’s killers chase the pair down mountain roads, Bond uses a cement sprayer hidden behind the rear number plate to blot out the assailants’ car window. To avoid an attacking helicopter, Bond drives the Lotus into the sea. 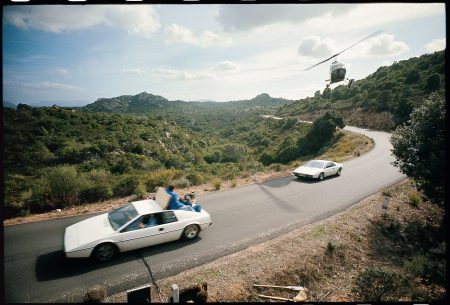 The Lotus Esprit being chased through the Sardinian mountains, filmed from the back of another Lotus Esprit
The Spy Who Loved Me © 1977 Danjaq, LLC and Metro-Goldwyn-Mayer Studios Inc. All Rights Reserved

The Lotus then deploys its full range underwater conversion system; rudders and fins emerge from the sides, a propeller replaces the back bumper, blackened windows block out glare, and a periscope rises from the roof. To destroy the hovering helicopter, Bond launches an air-to-sea missile using the gearshift. As Stromberg’s divers attack, 007 deploys front-mounted torpedoes, an ink cloud and a mine. 007 re-configures the Lotus back into a car, emerging from the sea to the surprise of startled tourists on the beach.

Bond’s Lotus emerges on the beach at Capriccioli in Sardinia to the surprise of passing tourists
The Spy Who Loved Me © 1977 Danjaq, LLC and Metro-Goldwyn-Mayer Studios Inc. All Rights Reserved

Work on the sequence started in Nassau in August 1976. Only one fully functioning road car was supplied for the production. When a second vehicle was needed, the Lotus chairman lent his personal car. 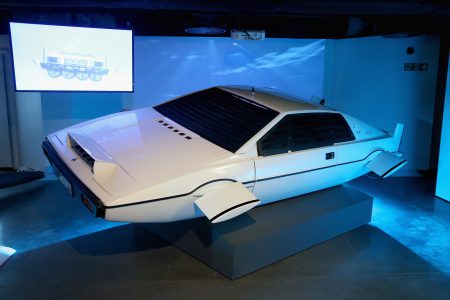 A total of seven engineless Esprit shells were used for the underwater action. One of the cars was sent to Perry Submarines to be motorised; the others were converted to represent the various stages of the transformation. To achieve the thrilling moment where the Lotus drives into the sea, the empty shell of a car was launched into the water by an air cannon. 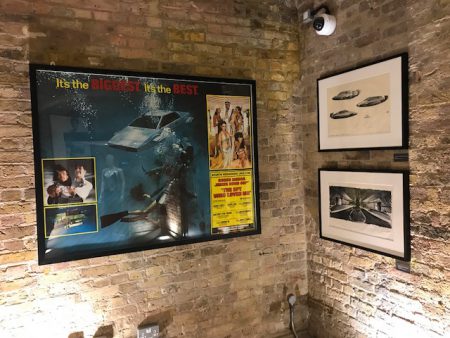 The Spy Who Loved Me concept art and poster on display at Bond in Motion
© 2017 London Film Museum. All rights reserved

For the underwater sequences, a miniature Lotus was guided through the clear waters of the Bahamas on ultra-thin wires. The finale of the sequence, with the Lotus emerging on a crowded beach, was shot at Capriccioli in Sardinia. 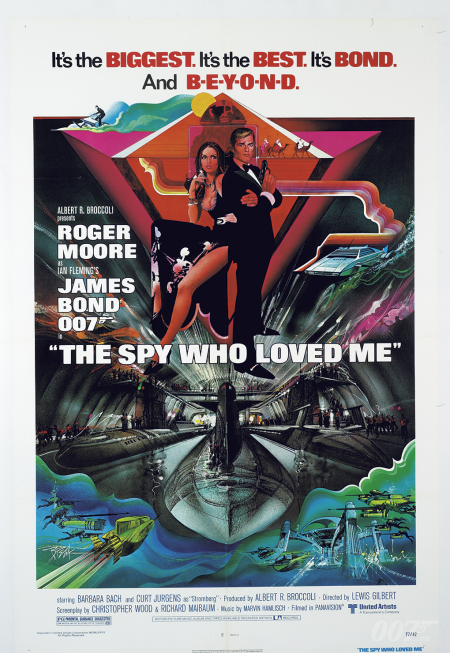 “The Lotus Esprit S1 ‘Wet Nellie’ is just one of the many original film vehicles we have on display as part of the permanent Bond in Motion exhibition,” said London Film Museum Founder and CEO, Jonathan Sands. “We also have original Ken Adam concept drawings showing the Lotus conversion from car to submarine and a range of costumes, posters and other props from The Spy Who Loved Me.” 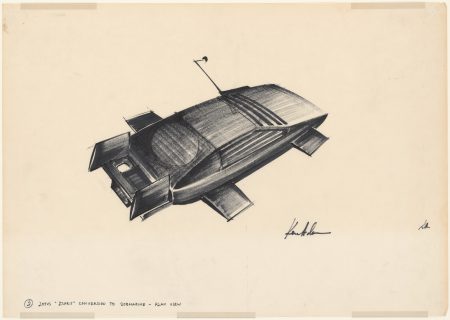 Ken Adam drew the concept sketches for the submarine car
The Spy Who Loved Me © 1977 Danjaq, LLC and Metro-Goldwyn-Mayer Studios Inc. All Rights Reserved

“Available from the museum and online from www.007Store.com we have a popular range of gifts for people of all ages including a Lotus Esprit S1 Submarine keyring and a selection of die-cast models.” 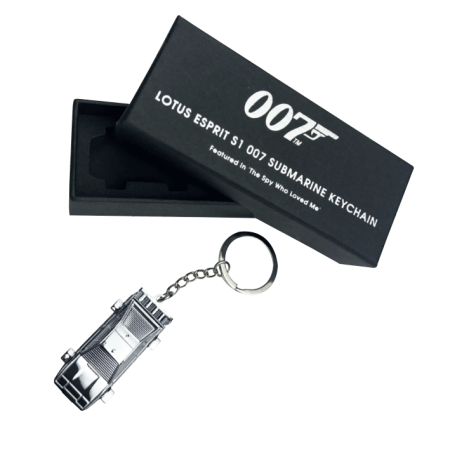 The London Film Museum is located at 45 Wellington Street, Covent Garden and is open seven days a week. Tickets are available at the box office daily or in advance from www.londonfilmmuseum.com and www.ticketmaster.co.uk