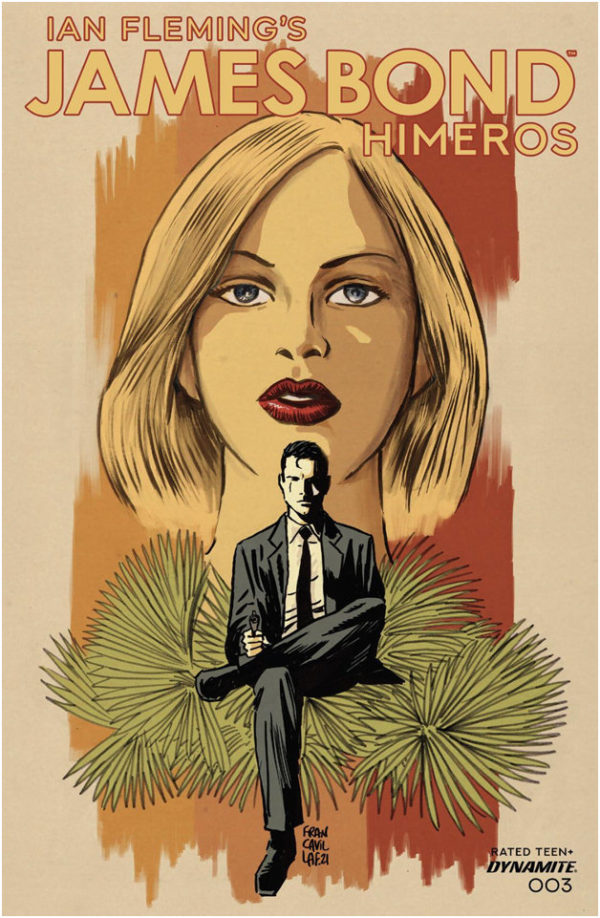 007 reflects back on a past mission as Kino closes in for the kill! Can Richmond’s friends be of any help?

Thailand, three years ago. 007 disrupts a human trafficking ring. Though saved, trauma remains for the victims.

Miami, now. Kino continues his hunt for Richmond and 007. He catches up to them at the yacht they are staying aboard, killing the crew. 007 and Richmond attempt to flee, but Kino capsizes the boat with a rocket launcher. Bond swims over to Kino’s boat and surprises him from behind. The fight causes them to fall overboard and 007 loses Kino in the water. Richmond and Bond continue their escape. 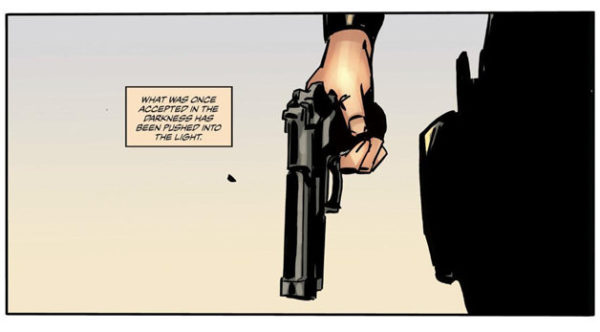 Barnes opens with a flashback to a past mission. I appreciated Bond’s stealth as he reached his objective. Of course, this is 007, so things rapidly devolve into a gunfight and explosions! What sets this apart from the more traditional action scene is how introspective 007 is. It’s not often that Bond ruminates on the nature of evil and the toll it takes on those long term. Despite devoting seven pages to it, I felt like Barnes only scratches the surface of the topic. Whilst one can surmise that seeing such atrocities feeds into the hedonistic lifestyle Bond has adopted as a means of coping, the victims aren’t as fortunate, a fact not lost on the spy.

Transitioning to the present, Kino resumes his pursuit as Bond and Richmond catch their breath. Bond is rightfully untrusting of Richmond, knowing full well that she isn’t innocent in all this. There is a lot of ambiguity here as to whether or not Richmond is being honest with her intentions and information. Bond, true to form, takes the risk to proceed based on her intel.

The art is minimal in this dialogue scene, with a close focus on faces. Often, only the colors of the sky provide context to the setting. Everything is stripped away, focusing on these two and if they can trust the other. Again, this is atypical, inasmuch as there is no romantic aspect to their relationship. Richmond has been involved with horrific crimes and Bond’s only intent is to weigh if anything she says is true, or just a lie to eliminate him.

Minotti is similar in style to Fuso, but you can tell that the lines seem just a bit heavier. The grit and edginess to the art is still there. Action scenes are clear and concise, with splash pages used at opportune moments, delivering the most impact. Nothing blew me away, but it was paced well and easy to follow, unlike, say, the franticness of Quantum of Solace.

Just like the last installment, this issue felt all too brief. While issues of trust and the outcome for those who have been victims of sex trafficking are raised, answers obviously won’t be found here. It can be hard to judge a work like this. What metric do you go by when it comes to a Bond comic? The medium isn’t a movie, where one can check off the boxes of the typical 007 formula. It’s similar to a novel, where the chapters all add up to one whole, but each issue should feel like a complete meal, or at least, I would hope it would. Modern comic storytelling has changed when it comes to that, though.

The third entry of Himeros feels like it is spinning its wheels, with a flashback taking up a large portion of the story and the present day doing little to advance the plot. Setups like the crew of the “White Rose” are despatched with ease by Kino, to say nothing of serving as a challenge or conflict for 007 to overcome. Instead, readers are witness to Bond versus Kino again, with the fight over quickly and no one the true victor. By the conclusion, I felt slightly unsatisfied, hoping for things to heat up as we reach the penultimate issue. I’ll be curious to see where Barnes takes us next.