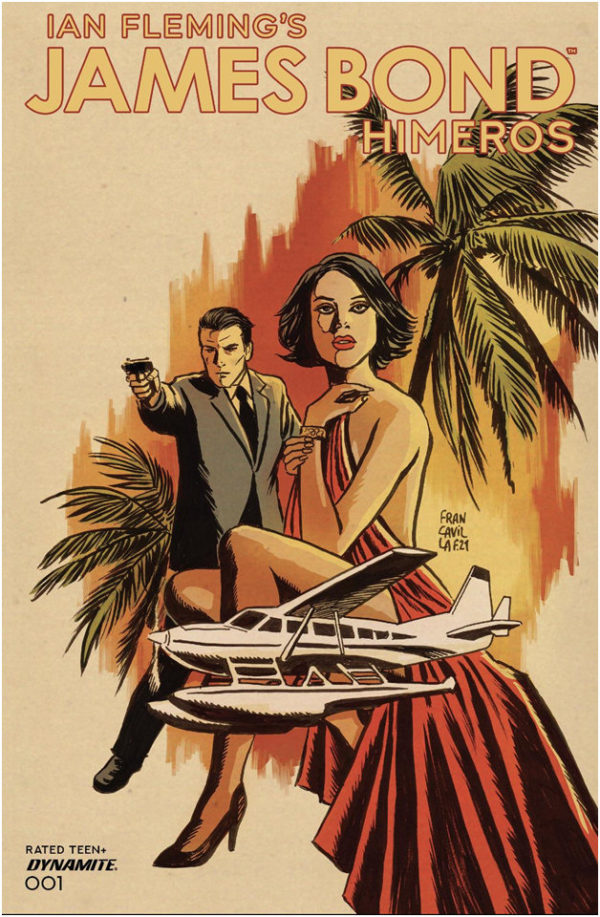 When a child trafficker gets assassinated in his cell for knowing too much, James Bond is assigned to protect one of their accomplices so MI-6 can bring the network of an arms dealer down!

Richard Wilhelm is a billionaire financier currently imprisoned in Belmarsh for trafficking underage children. When he gets murdered in his cell by the assassin Kino, M sends for Under Secretary Seneda, briefing him on the larger plot. Wilhelm had ties to Anton Banes, an arms merchant with dealings in both legitimate government and those who would oppose them. Banes has also been developing an innocuous video game, with hidden code that would allow for plans and detailed intelligence to be shared-a new way to reach his clientele in the event of him being shunned by the world’s superpowers should they uncover his ties to Wilhelm. There is a loose thread that could still implicate Banes, Sarah Richmond, Wilhelm’s right hand.

M dispatches 007 to Miami, Florida to bring Richmond in safely. Bond arrives as an attempt is being made on Richmond’s life by Cuban assassins. 007 rescues her and gets her to a temporary safehouse before they can move back to London. Richmond fills 007 in on how she became entangled with Wilhelm. Meanwhile, with the Cubans’ attempt failed, Kino prepares to go after Richmond next. 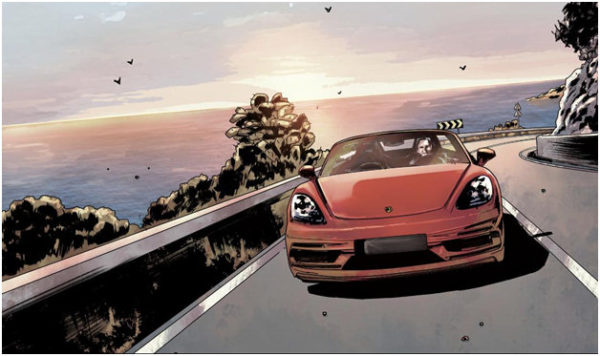 Bond has returned yet again! After the personal stakes in Agent of SPECTRE, 007 is back on a more traditional assignment. Barnes opens his story with a calm eeriness as the assassin Kino coldly goes about his work. The rain and isolated setting add to the feeling of unease as he dispassionately disposes of his victims. I found it very unsettling as Kino made his way through Belmarsh after his work had finished.

If the Belmarsh execution was the pre-title sequence in a Bond film, Barnes smoothly transitions into the M briefing scene. Augusto’s morning colours are in a stark contrast to the dreariness of the Belmarsh locale. It all feels like your standard MI-6 exposition scene, except throw in the Under Secretary in place of 007. Bond, as we quickly find out, has been despatched to Florida.

Perhaps it’s because this is coming out hot on the heels of No Time To Die, but I couldn’t help but think of that film as Bond made his way along the Florida coast. Again, Augusto’s colours set the stage so brilliantly, I could hear Zimmer’s “Matera”  in my head.

It’s not long before the action kicks in. Fuso primarily keeps his panels in a cinematic, rectangular shape, but breaks things up for dramatic effect to punctuate key moments like 007 charging up the stairs and the assassins forcing Richmond to jump. I enjoyed Fuso’s work. It recalled the style of Scottish artist Jock, who is known for his rough, yet refined aesthetic. Fuso paces the action well, making it exciting and easy to follow, even with numerous bullets flying!

Once Bond and Richmond have reached the relative safety of his hotel, Barnes takes the time to have Sarah tell her backstory to 007. While Bond understands how the glamorous lifestyle Wilhelm bestowed upon her sucked her in, he in no way condones the horrific crimes that have transpired. Barnes, by grounding the story in the real-world problem of child sex trafficking, gives his story a topical urgency. While it might not seem as fantastical as the films (minus the gardener’s leaf blower being a gatling gun in disguise), it does feel very Fleming.

James Bond: Himeros is off to a good start, filled with suspense, action, and a down-to-earth feel. Whilst there is a lot of time spent on setting up the story, 007 still gets a moment to shine. With the heavy lifting out of the way in this chapter, hopefully that means we get more of a focus on Bond in the next issue!