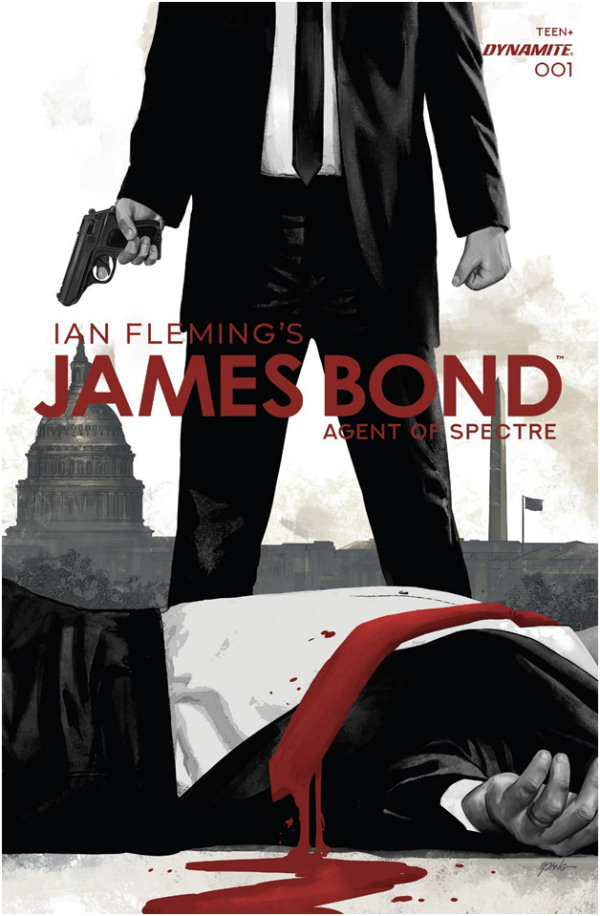 007 is back…and working for Ernst Stavro Blofeld?!?! How does Felix Leiter figure into this?

James Bond is in pursuit of a man named Winstone, who has ties to SPECTRE. In his desperation to get away from 007 he inadvertently perishes, leaving Bond to recover the documents in Winstone’s briefcase and deliver them to M. They learn that SPECTRE’s Number One was to be meeting numerous guests in Paris, including their mole within MI6. They believe Number One is a man named Ernst Stavro Blofeld and M dispatches 007 to retrieve the mole if possible and use his licence to kill if need be on Blofeld.

Once in Paris, 007 quickly infiltrates the meeting, only to deduce it is not a meeting at all, but a ploy by Blofeld to make an offer to Bond. There is a power struggle inside SPECTRE and Blofeld would like 007 to eliminate his rival, Titania Jones. Bond scoffs at the idea, but Blofeld sweetens the pot by first threatening to kill Felix Leiter, whom he has under constant surveillance, and offering Bond a payment of fifteen million euros in untraceable funds. Bond agrees. 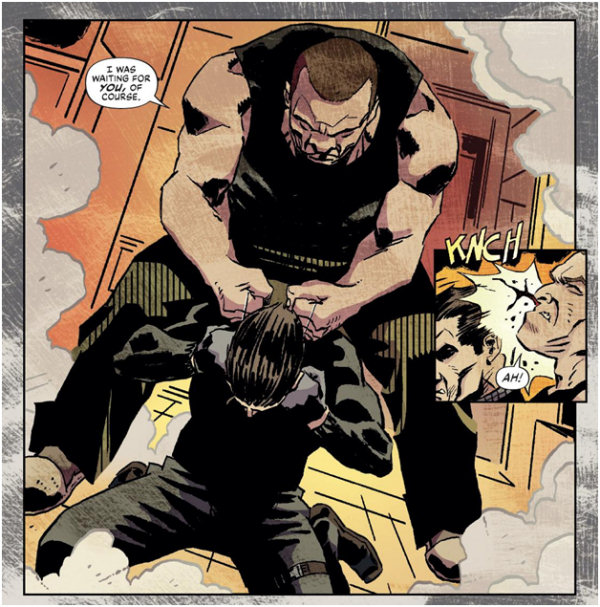 I feel it’s been choppy waters for the Bond franchise over the last few years. Numerous movie delays, no new video games, a retro continuation novel here and there, and an ongoing comic that has been hit or miss since 2018’s James Bond: The Body.

For this reader, James Bond 007  and James Bond, the two series that followed, were something of a mixed bag. The action quotient was certainly there, but Bond was forced into partnerships that stole the spotlight from him. At times, he felt like a side character in his own book.

I’m happy to report that is not the case here! While 007 does have his usual support system of M, Moneypenny, and Felix, he is back to being a lone agent in this debut issue, working on a vital mission.

Christos Gage, no stranger to action-oriented characters like Spider-Man, kicks off his story in media res, with Bond being fired upon by a SPECTRE agent on the run. A quick reference to the “Eidolon Affair” lets the reader know this is still set in the continuity established by writer Warren Ellis that began in Vargr.

After the standard quick interlude at MI6 to get his mission, Bond jets off to Paris to suss out the mole in his organization and confront Blofeld, for what would be the first time in this universe. This Blofeld definitely takes more cues from his literary counterpart, specifically as he appeared in Thunderball, being large in frame with closely cropped hair.

Using a garrote, he is an immediate threat to Bond, dominating our hero momentarily. You feel the danger and the power Blofeld wields in his size, akin to Dave Bautista facing off against Daniel Craig on the train in SPECTRE. Knowing of Blofeld’s tactics, I appreciated that Bond came prepared, wearing armor underneath his turtleneck.

Blofeld’s attack quickly relents as he only wanted to subdue 007 long enough so they could talk. The story of a mole inside MI6 wasn’t quite true. Blofeld does have an offer to make to Bond, though, one that would make him the very mole he was sent to eliminate!

From the moment this series was announced it had one major hurdle to get over-why would James Bond be an agent of SPECTRE? It quickly became apparent in the months leading up to release that Felix Leiter’s life would be on the line, and Gage presents his case as to why 007 would side with his enemies.

For me, it works. Blofeld convincingly makes his case, even putting aside Felix being in jeopardy. If Bond does his job right, only SPECTRE agents would be hurt and he’ll be handsomely compensated financially. Bond tries to play it cool, dismissing any sentimentality he would have for Felix, recalling a similar tactic he employed in 1995’s Goldeneye.

However, Blofeld has studied his potential employee and takes a more psychological approach, playing on Bond’s isolation and the life expectancy of agents, not to mention how “successful” they are at thriving post retirement, provided one makes it that far. This is the hook that apparently catches 007. Of course, it could all be acting on Bond’s part, but the body language plays it as sincere and convinces the reader that 007 is now in SPECTRE’s employ.

Artist Luca Casalanguida makes a most welcome return to the world of 007, bringing his trademark grit and elegance (Bond is wearing a bespoke suit from Saville Row, after all) to the visuals. It’s his art that sells Bond going to work for his sworn enemy. I love the heavy inking he bestows on his art. Combined with Heather Moore’s painterly colours, Bond’s world is distinct whilst at the same time steeped in the shadows.

It’s been said that Casalanguida’s 007 is reminiscent of artist John McLusky’s and I can certainly see that. He comes off as a chiseled brawler, equal parts Brosnan and Connery. Compared to recent Bond artists, Casalanguida’s interpretation just feels dangerous and more than able to take care of himself in a hostile situation. His is the 007 I’d want beside me on a mission.

Gage and Casalanguida have produced a solid first entry in their tale, mixing elements old and new, literary and filmic. Doing Bond comics is no easy feat, but by maintaining their focus on 007 and placing him in a treacherous situation working for his most infamous adversary, I am ready to buckle up and enjoy the ride!