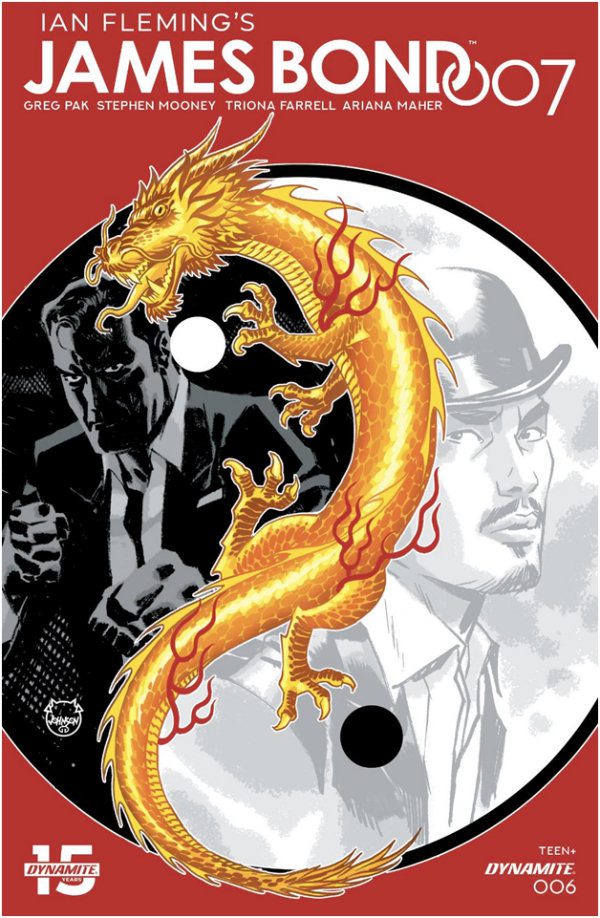 Bond is back on the trail of Oddjob! What secrets will he come across?

Imprisoned in Sydney, 007 recalls how he got in this position, flashing back to how his adventure with Oddjob ended one week ago.

Once released, Bond is back in London where he is ordered to kill Oddjob as a favor to the Koreans, who were put out by Mr. Lee’s seeming betrayal. Bond tracks Oddjob down to Oxford, where he uncovers an underground conversion center. Oru is clandestinely inserting their mind-control implants and Oddjob has led 007 here to show him the truth and to convince Bond he isn’t the enemy.

Disregarding his orders for the moment, Bond and Oddjob team up to neutralize the Oru cell, but not before they both slip trackers on the other. Not finding Aria, Oddjob throws a grenade to get away. Moneypenny is dismayed with 007 for not following orders, but Bond shows her that he planted a sono-scanner, allowing them to see not only where Oddjob is going, but what he’s doing.

Three hours later in east London, Oddjob brings the Golden Dragon to Goldfinger, revealing that he took care of the Oru splinter cell for him as well. Goldfinger smelts the dragon, making it perfect to him again. Aria then knocks Oddjob out. 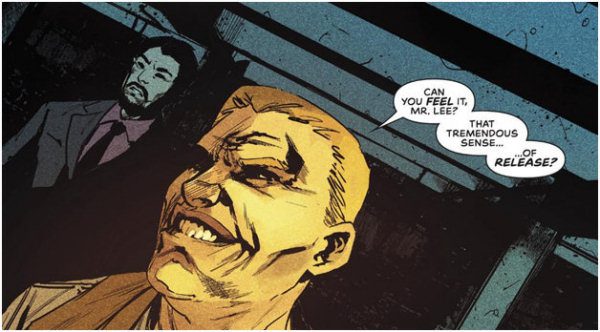 The cat and mouse (or is it cat and cat?) continues between Bond and Lee. Kicking off with a flashback, we see how 007 wound up in a Sydney jail whilst Oddjob made his getaway. Once back in London, Bond is pleased with himself for delivering the case, until he realizes Oddjob’s duplicity. Mooney really sells the deadly side of Bond with his expression when he is ordered to terminate Mr. Lee.

Moving over to Oxford, I appreciated seeing Bond sneak around and blend in. It had a very classic feel to it and has been missing with much of the recent focus on Oddjob. Although manipulated into being there, I did like seeing 007 team up with Mr. Lee once again and appreciated them both slyly placing a tracker on each other. Clearly, they trust each other about as far as they can throw the other. Mooney gives some solid layouts as they take out the splinter cell, with Bond and Oddjob fighting back to back.

There is an artist change when Oddjob reports to Goldfinger in east London. Thankfully, the transition is a smooth one as the different styles do not clash too much, though one can tell something has changed. Under Carey’s pencil, Goldfinger has a malevolence and wicked glint in his eye. His mania is clear and when Goldfinger says he is offended you believe it when you look at the art and see the close up on his eyes.

Of course, Oddjob is betrayed, much like he has done to everyone else, save Aria. Once again, Pak has stuck the landing, delivering a cliffhanger that makes me eager to see where the next issue goes. As much as I dislike the lack of focus on Bond, I am interested in this Oddjob as a character and how connected to Goldfinger he really is.

I felt much more satisfied reading this issue compared to last. There was a bit of a classic feel to Bond’s adventures. One could be angry how Bond is tricked and manipulated by Oddjob, but 007 spent a large portion of the film Goldfinger captured by the titular villain, so he’s not perfect. Mooney’s staging at times leaves me having to go back and relook at a panel, particularly during Oddjob’s bait and switch on the beach, but usually his storytelling is clear. My biggest irritation has to be his inconsistency with Bond, be it his facial expressions or his scar, which seemingly disappears or has varying lengths. I liked the sinister vibe Carey brought to the conclusion. The next installment brings a new artist, Eric Gapstur, who has a different style from what we’ve seen thus far. It should prove interesting!