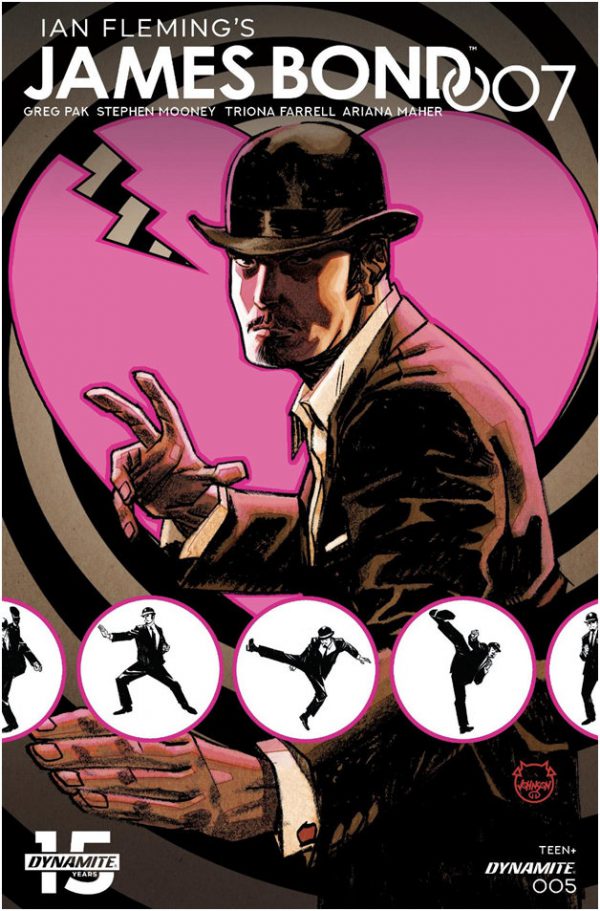 Oddjob takes center stage as he attempts to save Agent K whilst 007 languishes in prison!

Moneypenny returns the briefcase to London, briefing M on the golden dragon that lays inside it as Q Branch tries to safely open the case. Bond sits in a holding cell, apprehended by the ASIO when he attempted to apprehend Lee, who got away. Q opens the case, revealing its contents-several standard issue bricks.

John “Odd Job” Lee is in Latvia with the golden dragon and calls his superior in Seoul to fill him in on his plans to rescue Aria Kim, Agent K. He follows her to a meeting with several Oru operatives, bursting in to rescue her. Once the pair reunite and kill everyone in the room, he presents her with the golden dragon, stating they can offer it to Oru Prime in a trade for her freedom. Agent K double crosses him and takes the dragon for herself.

At Oru’s secret base, Agent K delivers the golden item to Oru Prime, who states she doesn’t need to use his code name anymore. She can just call him…Goldfinger. 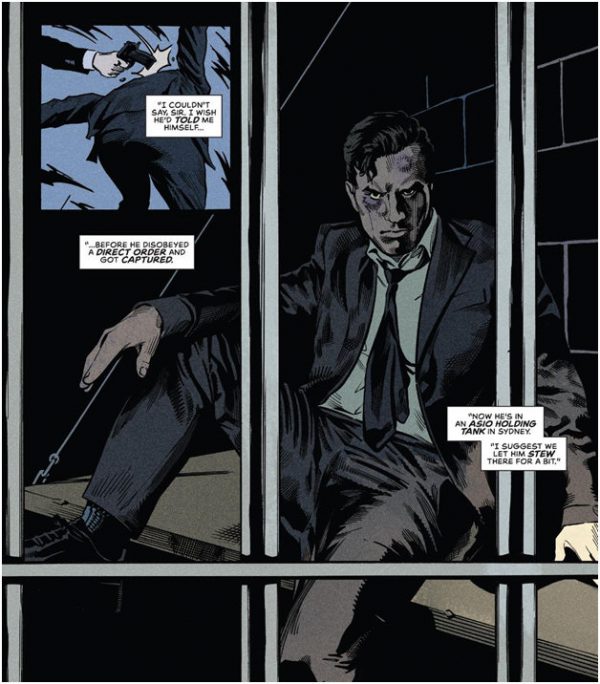 The issues starts off strong with a splash page featuring a scroll that details the history of the Golden Dragon of Goryeo. Five issues in and we finally get some backstory on what Bond and Oddjob have been chasing down since this series debuted. Moneypenny fills in as narrator, letting the reader know what’s transpired since the last installment. It was a fine use of the technique-briefing M and the audience at the same time. The trouble I had with it is that Bond, the main character of this title, is relegated to two flashbacks.

Yes, you read that right. James Bond appears in only two brief flashbacks, save for a panel of him rotting listlessly in a cell. He is bruised and looks ready to use his licence to kill as he gazes out between those bars, but he is shuffled off to the sidelines so the story can once again focus on Oddjob. One has to wonder why this series wasn’t simply named after him as 007 begins to feel more and more like a guest star.

With the first fifth of the book spent with the MI6 team, the rest belongs to Mr. Lee and his quest to save the turned Agent K. I enjoyed seeing Oddjob prepare, including testing the buzz saw in his bowler hat, proving once again that he’s not your father’s Oddjob. The action scenes were well staged, juxtaposing their training in the past with the present day. Mooney’s art is easier to follow than his last entry and overall, faces are much improved.

This issue felt like a very quick read once again, especially with the absence of Bond. What tempered any disappointment I felt was the ending splash page. With a name like Oru and Oddjob involved, the reveal of Goldfinger shouldn’t have come as a surprise, but somehow I was oblivious until that final page. Colour me excited for this series once again! How long will it last is the question, especially if 007 doesn’t take center stage soon.