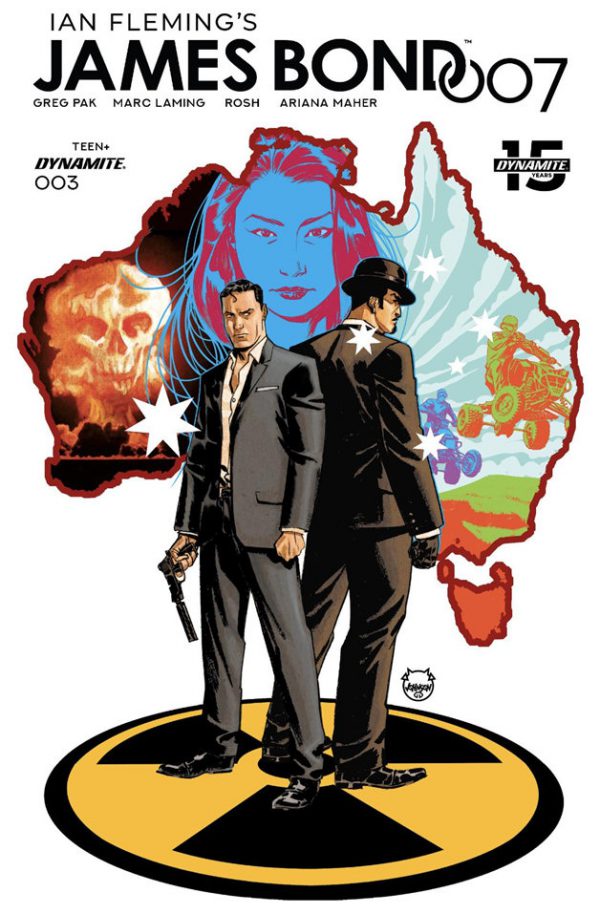 007 and Oddjob are still at odds chasing after the smuggler and his case. Will their bosses finally get them to cooperate and not try to kill each other?

M and his opposite number from South Korea, Mr Park, meet at an informal setting in London regarding what to do about Oru, the smuggler, and the mysterious case.

In Australia, 007 parachutes in to an isolated base to infiltrate, but runs afoul of Oddjob again. Inside the base, the smuggler and his escort hold at gunpoint the doctor who designed the boobytrapped briefcase.

Before it can be disarmed, Bond interrupts, creating a distraction that allows the doctor to escape. Bond and Oddjob clash again, while simultaneously trying to chase the escort, who has absconded with the smuggler in a vehicle.

Bond and Oddjob’s struggle causes them to crash, with their pursuit vehicle exploding. Before they can resume their fight, the intervention of Miss Moneypenny prevents them as she advises she is now their liaison as they have been ordered to work this case…as a team.

I enjoyed seeing M out and about and grabbing a pint with his peer from another service. It added a feeling of commonality to these powerful men as they met in a relaxed, informal setting. I’ve also always liked the “hiding in plain sight” aspect of espionage.

Here M and Mr. Park are discussing potentially the fate of the world whilst those around them are conversing, enjoying a meal, and relaxing. One never knows what secrets are going on amidst even the most mundane of settings. You get the feeling M and Park want to trust each other, but experience has taught them otherwise.

Unfortunately, the opening was the least derivative part of this third entry. As the issue cuts to Bond’s grand entrance into the story, we once again begin the same cat and mouse (cat and cat?) from the last installment. Bond and Lee continue their pursuit of the smuggler and his mysterious handler all the while trying to either one up or take the other out.

The action is well staged by Laming and Pak keeps the story moving at a fast pace, but it all feels like “been there, done that” as this all occurred last issue, just in a different setting. 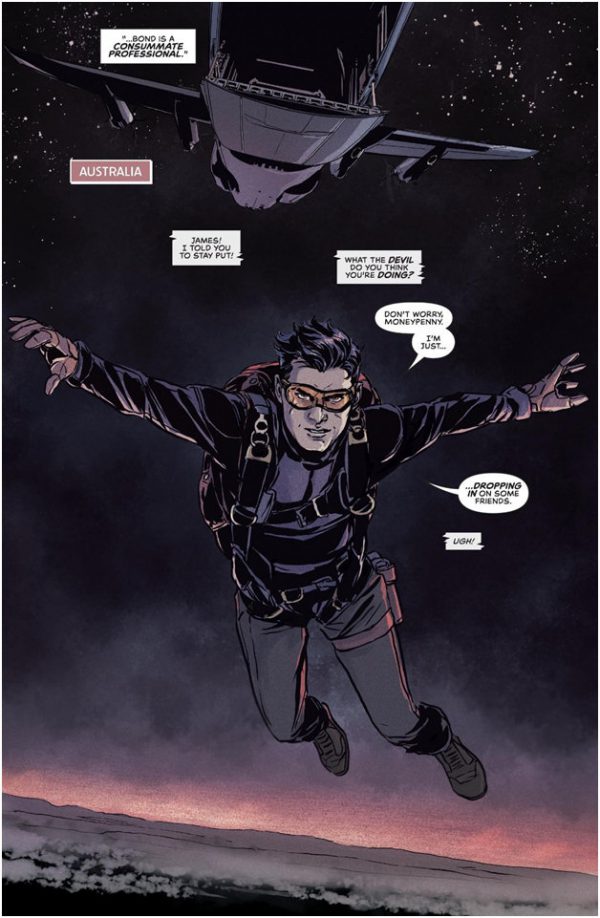 There really is not much to say about this. For those who do not like Moneypenny in the field, this issue’s finale will not be for you. Laming does bestow her with a commanding presence as she orders Bond and Oddjob to get along. If you are looking for a Bond comic with mostly action, this should satisfy. If you are hoping for the story to progress, I’m afraid this issue feels like it is spinning its wheels, with the only development being that next time Bond and Oddjob will have to get along as partners.

This arc started off very promising, but as it came to a close, it landed like a dud. As the next chapter begins, Stephen Mooney will take over the art chores. Laming has not failed in this department, so he has a high bar to live up to! Here is to hoping Pak brings back some of the magic from the first two issues.