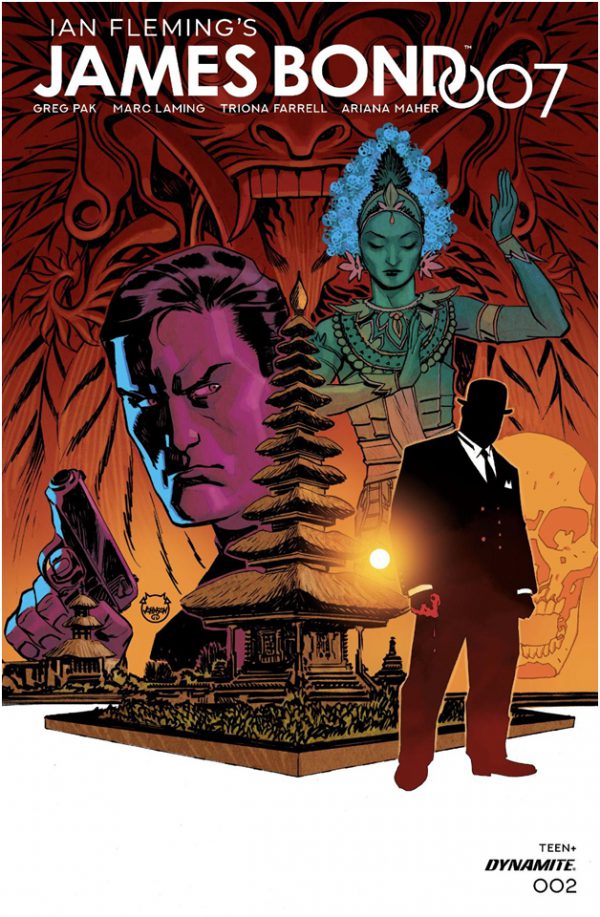 007 and Oddjob cross paths again in pursuit of the Russian smuggler with the mysterious case! Who will gain the upper hand?

Thirty years ago, Agent Edmundson encountered a Korean assassin named Oddjob who broke his back. He recounts this meeting to 007 and M, with M noting this new Oddjob has the same moves, but is younger and faster. 007 vows to kill the new version, but is chastised by M, who reminds Bond that his mission is to kill the Russian smuggler and retrieve his case.

007 proceeds to Q Branch for the Armourer’s latest invention – an exploding business card holder. Bond then sets off to Indonesia, in pursuit of his target. Set up at a local cafe, not only does 007 find his prey, but spots Mr Lee, aka Oddjob, across the way. They both give chase to the Russian, while at the same time trying to take each other out.

The Russian is heavily guarded and the fight takes them off the streets, into speed boats, and finally to a beach, where 007 and Oddjob team up to survive. Once their common foes are defeated, the chase resumes for the smuggler and Bond sabotages his own boat to explode and then absconds with Oddjob’s, leaving him momentarily stranded.

Addressing the elephant in the room, Pak and Laming open the issue featuring a more “traditional” looking Oddjob, one in keeping with the portrayal by Harold Sakata. The catch is, while this Oddjob does exist in this Bond “Universe” we are being told a story from thirty years ago, with no clear idea if this version is still alive and what his connection to the newest incarnation, John Lee, is. Still, Pak paints a vivid picture of his formidability through Edmundon’s dialogue, aided and abetted by the clear pencils of Laming. 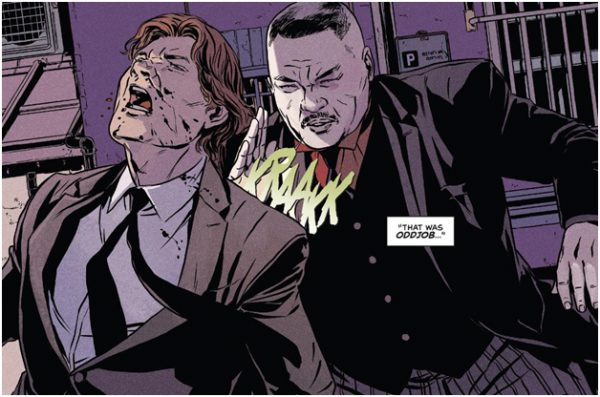 If the first issue was a small pre-titles sequence from a Bond movie, then this one is what comes after the main titles and song. It’s certainly structured that way, with Bond getting his renewed assignment from M, meeting with a surly Q with background shenanigans going on between the various techs testing the equipment, and Bond heading out to his first mission location. All these familiar elements served to endear me to the story as it felt like we were embarking on a proper romp.

Pak continues to sell the reader on the idea that 007 and Oddjob are an equal match by humorously having the two staked out on opposite sides of the street from rival restaurants. When the two encounter each other again, they both preparedly have their hands on their guns, with Bond being the one to set up the famous style of introduction for Mr Lee, John Lee. I love the smirk Laming bestows upon 007 as he replies with a stark “Bond” in return.

The team really sells the cat and mouse/will-they-won’t-they of the duo well as they simultaneously try to eliminate the other while dealing with all the henchmen or team up to meet their objectives. It’s a see-saw act of trying to kill each other and protect the other at the same time and makes for a thrilling experience if you read it panel by panel digitally. Pak even throws in a reason for why these henchmen are such easy prey-motivator implants, which give the agents either dopamine bursts or head-splitting pain, causing them to be rather foolhardy on the field of battle.

Laming’s art is a definite selling point for me. It’s clean, yet detailed and nuanced when need be. His action is cinematically staged and easy to follow, making it easy to determine which speed boat is Bond’s and which is Oddjob’s. The Russian’s henchmen are generic, but that’s all they’re required to be anyways. Bond is slick and debonair, same as last time. It’s a solid looking book, retaining the look of grain established in the first issue.

I’ve enjoyed Pak’s DC Comics work and that trend continues over here now that he’s at Dynamite on Bond. He’s making things familiar for fans of the films while at the same time trying not to go too extreme with it, which should hopefully appeal to those who are devout to Fleming’s original intent.

James Bond 007 #2 ably picks up the baton from the first issue and continues the fun series with action whilst laying down a dollop of further mystery to this Oddjob’s backstory. Hopefully we’ll get more on what exactly the mystery Russian is smuggling in that case and what the connection is between the two Oddjobs next issue. In the meantime, this series is a cracking ride, one a Bond fan can easily jump into and enjoy!