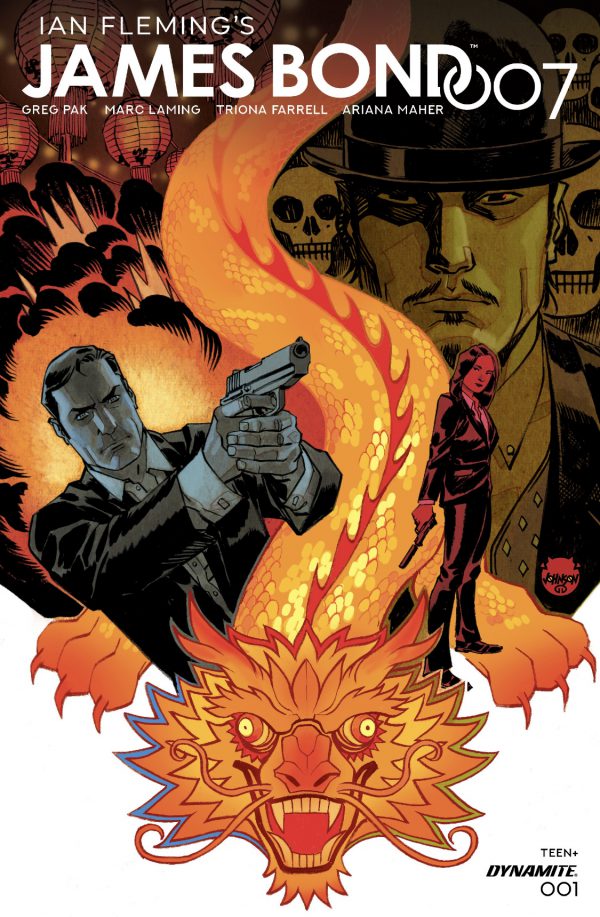 James Bond is back in action, on the hunt for the terrorist organization Oru! Who is the charismatic and deadly secret agent that is getting in his way?

In Singapore at a busy club, an illicit deal is being made, one interrupted by a mysterious man in a bowler hat. The seller makes his escape into the casino below, catching the attention of James Bond. Keeping his eye on the seller, 007 sits down at a gambling table and is quickly joined by a very boisterous man.

Spotting his mark leaving, Bond excuses himself and follows, dropping a chip in the process. The loud gambler follows 007 just as Bond runs afoul of armed men. A shootout ensues, with one of the gunmen taking the gambler hostage. 007 is prepared to sacrifice him for the mission, but the gambler rescues himself, taking out the other gunmen. Realizing they are after the same thing, but for opposing sides, Bond and the gambler brawl in the kitchen for the right to go after the case.

It ends in a draw, with Bond losing both the gambler and the seller. 007 reports in to Moneypenny, providing her with information on the gambler and advising he will keep on the trail of the smuggler. As for the gambler, he retrieves and dons his bowler hat, disappearing into the busy street outside.

James Bond has returned! Discounting Dynamite’s recent adaptation of Casino Royale and their new prequel series, James Bond Origin, a modern 007 has not graced comic shelves since June of 2018, which saw the release of the final issue of the lacklustre series, James Bond: The Body. James Bond 007 starts afresh as a new ongoing series, kicking things off with a high octane debut!

Writer Greg Pak begins his run by reimagining Oddjob for a new millenium. This new Oddjob is sleeker and more exuberant than one fans may be accustomed to. Outside of his trademark bowler and fighting prowess, he is in stark contrast to how Harold Sakata portrayed him on the silver screen.

In a move similar to how 007 was introduced in 1995’s Goldeneye, the reader is only allowed sparse glimpses of Oddjob in the opening fight scene, with much of his look obscured by shadows or action. When he is next seen, it’s without his trademark hat and his personality is so large and grandiose that I assumed this was a different character until the reveal at the end where he reclaims his bowler that was lost in the opening scuffle.

The reader is reintroduced to Bond in a manner befitting his character, “relaxing” in a casino and sipping a martini. Keeping in Dynamite’s established house style, Laming’s 007 is picture perfect and classic, complete with black comma of hair and scar on his cheek. Naturally, the room is a packed one, complete with various women appreciating Bond’s looks from afar. It’s very easy to imagine the din of the room and hear a score provided by Barry or Arnold laying softly over the background.

I’m very curious to see where Pak takes the dynamic he is establishing between Bond and Oddjob. They may be at odds over what is in the case for the moment, but they could very easily become The Odd Couple of buddy spy team-ups. Bond seems to bristle at Oddjob’s over the top personality and in one of my favourite moments from the issue, 007 is willing to sacrifice Oddjob’s life easily for the sake of his mission.

Laming’s art is as impeccable as one of Bond’s tailored suits, providing crisp detail to all the environments featured. He’s no slouch at the action either, imbuing energy to the fight choreography and selling the idea of how evenly matched 007 and Oddjob are for each other. Whereas Sakata’s Oddjob seemed to overpower Connery’s Bond in the Fort Knox climax in Goldfinger, Pak and Laming’s matchup has them perfectly balanced, with each trying to get the upper hand, but never gaining ground, making for a thrilling fight. 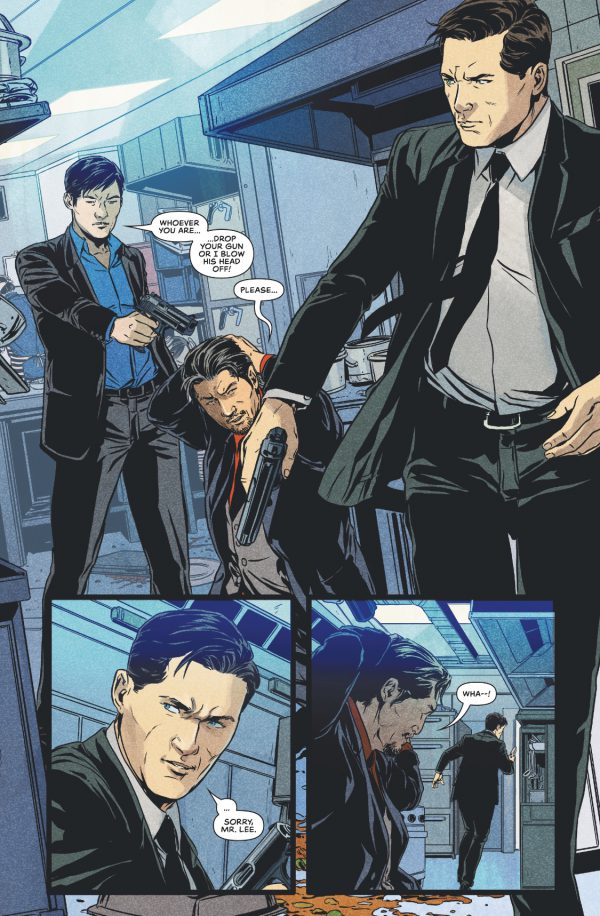 There was also a fine layer of grain added to the art, making it feel like it was printed on an older vintage of paper or even bestowing a film-like veneer. I originally read a physical copy and thought it was possibly a printing error, but upon reading it digitally, I found it to have the same effect. Noticing it on the digital version gave a better contrast, too, especially with how stark it made the word balloons and onomatopoeia appear.

James Bond 007 is off to a smashing start! Pak and Laming bring all the style, sophistication, and action one would expect from Britain’s mightiest gentleman agent. After the dour James Bond: The Body, this new ongoing series is a welcome shot in the arm, full of glamor, fast pacing, and an intriguing set-up.

This is definitely not an Oddjob that one would be accustomed to, but it makes for a refreshing change of pace, setting up a new foil for 007 to bounce off of. I highly recommend you give it a shot!