Home > Features > Review: The Many Lives of James Bond

Review: The Many Lives of James Bond

Eoghan Lyng reviews The Many Lives of James Bond by Mark Edlitz. 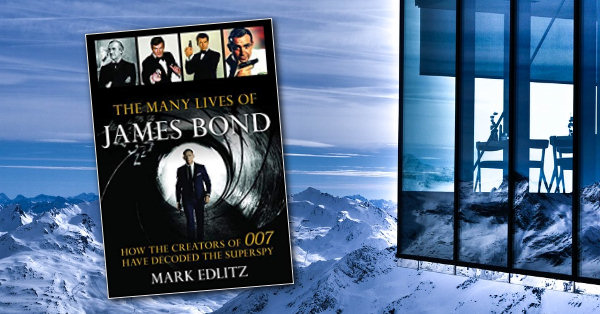 Roger Moore was louche, George Lazenby brittle, two brilliant men with very different attitudes, philosophies and approaches to how James Bond could and should be presented. In a part deliciously malleable, many men have taken to playing him on and off screen and many (Moore and Lazenby among them) accepted the opportunities to talk to Mark Edlitz.

It’s an impressive compendium of interviews, detailing the scribings, scoutings and screams that go into putting Ian Fleming’s creation into practice. Directors Martin Campbell and John Glen discuss their visions of Bond, both giving their dues to the magnetic Irish born actor whose cache has dropped significantly since resurrecting the series in 1995. Meath native Pierce Brosnan brought elegiac elegance to films that didn’t deserve him, yet Glen felt sorry not to direct him and Campbell thought him the best after Sean Connery. Campbell and Glen followed fantastical epics with grounded character portraitures, both men discussing the darker routes the Bond series passed under the reliable hands Daniel Craig and Timothy Dalton paid their directors.

And there’s the writers, steeped as they were in the time frames that influenced their visions of Bond. Anthony Horowitz was gifted with one of Fleming’s short stories, springing the disciple into the writer’s domain. Fleming and Horowitz worked with cinematic precision, a rhythm that screenwriters Bruce Feirstein and Tom Mankiewicz sought to capture. Famed television writers Dick Clement and Ian La Frenais were in the novel situation writing a rival film to the Eon series. Clement recalls the paranoia a Cubby Broccoli led law suit hung over Never Say Never Again, La Frenais rightly pointing the finger at the company at their desire to film before they were ready to do so. John McLusky turned to the books to draw his Bond in a series of comic books, as Graham McLusky talks so lovingly of his late father as David Niven Jr speaks of his.

Death is the subject and philosophy of a secret agent, and with the passing of one Roger Moore, a mindful condition to this work. Elditz writes an impassioned tribute to the Bond of his childhood, before attributing an equal adoration to the other five actors. Moore’s interview is one of the standouts within, the raconteur recalling his discomfort filming the savage cliff killing which haunts For Your Eyes Only so tellingly. Dry as ever, Moore remembers how mercenary he could be on a Friday. “That’s the day I received my paychecks.”

And then there’s Lazenby, a man Edlitz met at one of Moore’s talks. The joining of two Bond actors in one setting, one book, one sitting is a must for Bond fans. Though the buffest Bond onscreen, Lazenby admits that tears streamed down his face while reading the source book that proved both his and the series finest hour.

Lazenby speaks lyrically of his portrayal, songwriters Leslie Bricusse and Don Black speak musically of their contributions. Fittingly, as Barbara Broccoli produces her ninth Bond film and Phoebe Waller-Bridge pens her first, the book ends with interviews with some of the Bond women who delighted members of every spectrum in the action oriented spectacles. An essential addition to the Bond canon.

The Many Lives of James Bond by Mark Edlitz is available now in the USA. It will be published in the UK in January 2020.

Order The Many Lives of James Bond: How the Creators of 007 Have Decoded the Superspy from Amazon.com or pre-order from Amazon UK.