The next of John Gardner’s continuation novels visited by Kathryn Smith is Role of Honour. 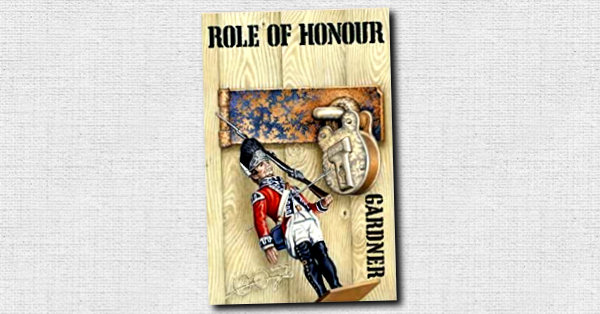 While reading the first chapter of Role of Honour my mind conjured up the image of a Star Wars style opening crawl explaining the chain of events that got us to this point.

I did enjoy Gardner using a different angle and creating quite a different mission for Bond to undertake. Bond finds himself involved in a plot to force the Superpowers to get rid of their nuclear weapons.

And who, pray tell, is behind this scheme? Why, no other than the infamous SPECTRE.

Not being tech savvy, it is nice to see Bond having to learn computers and coding and use his brains rather than brute force. He gains his new knowledge and skills from CIA agent Percy Proud and her friend and CIA informant Cindy Chalmer. I did find it interesting that Gardner decided to use alliteration when naming these characters. Coincidence? Maybe.

Although described as beautiful (as always), both women are far from being airheads. They work in a field that, in Fleming’s time, would have been considered solely for a “dependable man”. Not just Percy and Cindy, but also socialite Freddie Fortune, who I was surprised to learn had been employed by M for some time.

Technology boot camp over and mission now in play, the reader is introduced to other characters; the target, Jay Autem Holy and his wife Dazzle (who remains an enigma throughout much of the novel), and Peter Amadeus, a programmer who wants out of the madness that is to unfold.

The plot moves at a good pace, quickly going from being drugged, to a terrorist training camp and meeting Tamil Rahani and then back to England. What really grabbed my attention was the extreme details Gardner used in Chapter Twelve to describe the blood, gore and death of the soldiers.

It was so powerful that picturing the scene made me feel like I was actually in the desert. It made me think of how Dalton’s Bond films were a lot more violent compared to the Connery and Moore films.

So, the muscle tests passed and back at Holy Manor, it was the brains side that comes next against the father and master of a game called Endor. It is certainly different from classic games such as chess or backgammon. When SPECTRE was mentioned once again, it conjured up the image of a hydra, never dying and coming back more determined.

There are some surprises in the betrayals that I guess are expected in the world of Bond, such as Rahini being revealed as the head of SPECTRE and double crossing Holy and others in their not-so-shared goal. There always has to be someone with an upper hand.

Despite this Bond, as usual, manages to save the day but, as always, is left out of the loop by his superiors and only finds out afterwards. I did feel that the ending was a little forced, as I would have like to have been something else added. Maybe a short chapter on Bond trying to stop Rahini before escaping would have made it feel less rushed.