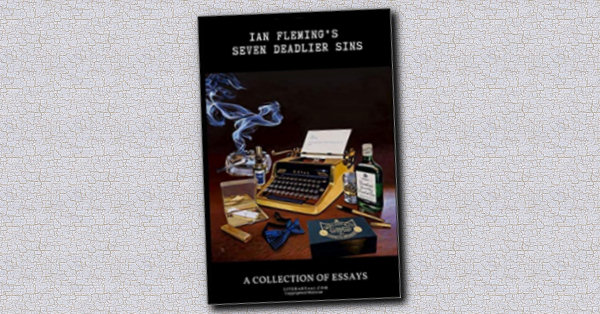 It feels both reductive and redundant to refer to this collation as timely, but in the eyes of many readers, that is how it will appear. Chasing the waves No Time To Die started, the book ponders the imponderable aspects of 007’s social life. That it should come in such a tasty package, only adds to the sense of occasion, elegance and entertainment this enthralling book gives.

Locked into this book, the glamour, sublimity and intrigue mixes into the paradigm of intellectual escapade. And yet it doesn’t read as a dissertation for the academic circles, but an enthralling foray into the sadist, escapist territories that have been Bond’s domain for the last sixty years.

Straight from the off, the book shoots like a fiery bullet, passing through pages with urgent, undue speed. One essay essays Elliott, another Gordon Gekko, and then there’s a myriad reference to the director that penned Inglourious Basterds. And yet the compendium – an adjective I’ve thought hard about using – never loses sight of the real man of the hour.

Channeling his number to the purest form, the collection divides itself into seven separate perspectives, each allocating an author to give their truths as well as James Bond’s. Ian Fleming pointed the way to this concept, by outlining seven sins even deadlier than those that pass the common idiom.

There’s something for everyone here: Dr.Wesley Britton – exploring the lure of greed – has their eyes set on a more Academic clientele; Ihsan Amanatullah – writing so tenderly about cruelty – aims for a punchier style; while Edward Biddulph (blogger and servant to her majesty’s finest agent), pays due diligence to The Spy Who Loved Me, perhaps Fleming’s most underappreciated parable of love.

Ian Fleming’s Seven Deadlier Sins is a truly remarkable tome, painting the flourishes that hid within Fleming’s creative being. From avarice to moral cowardice, the fifty page pamphlet covers territories, textures and tones I didn’t realise were needed in the growing canon of Bond literature.

Over to you, Cary Joji Fukunaga, to weave these sins into your story!