No Time to Die set for $500 million box office

Takings for other films released during pandemic show the difficulties the 25th Bond film will have at the box office. 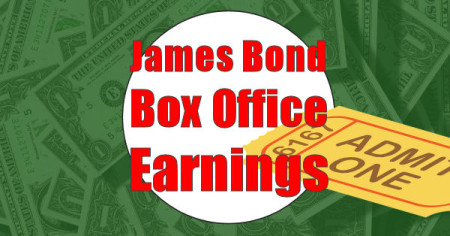 Last week it was announced that the world premiere of No Time to Die was to take place at the Royal Albert Hall, a couple of days before the UK release. But with box-office numbers well below their pre-pandemic levels it remains to be seen how much the film can recoup on the big screen.

Earlier in the month MI6 HQ crunched some numbers to get an idea of how much the forthcoming James Bond film would need to earn just to break even. Now they have had a stab at predicting the likely box office earnings and it doesn’t look good.

Eon is reportedly hoping for something in the $700 – $800 million range. However MI6’s number crunching puts likely earnings somewhere around $500 million, around half of the billion dollar box office they would have been aiming for work started.