Interview with editor of the Thunderballs James Bond Picture Archive

Pete Brooker recently interviewed the editor of the newly launched Thunderballs James Bond Picture Archive for the From Tailors With Love podcast. 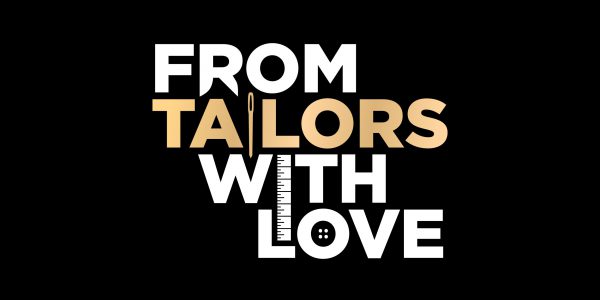 In the extracts below Marty explains to Pete Brooker how a shelved podcast led to the unofficial Thunderballs James Bond Picture Archive. He also recalls his early experiences with Bond, and talks about what he’d like to see in Bond 25. For the full interview listen to episode 10 of From Tailors With Love, available on iTunes right now.

Marty, obvious question. How do you manage to get such rarified footage, stills, production photos? Do you have access to the archives?

I have no special access or tricks up my sleeve apart from possessing a sometimes an obsessive drive to find images that I haven’t seen before so it would be a dream come true to peruse the Eon archives.

My theory in terms of posting James Bond stills was that if it’s an image I haven’t come across it before it seems possible that other fans maybe haven’t either, which has certainly proven to be the case and is perhaps the reason why the Twitter account has been so popular.

What happened to the podcast you were hoping to set up? What was it going to be about and why didn’t it happen?

Since 2010 I have presented an alternative music radio program called The Great Northern Radio Show for a small radio station called Cuillin FM, which broadcasts off the west coast of Scotland.

In July 2017 I had developed the notion that I would indulge my long standing passion for James Bond by attempting to undertake an ambitious a 24 episode radio series called Thunderballs which would cover each film in the Eon series, with a mixture of analysis, interviews, music and general banter. Along with two other hosts I had started making jingles, requesting interviews etc and developing a Twitter account which I would use to promote the show prior to launch which was intended for October 2017.

I began sourcing behind the scenes stills for the Bond films and ordering them into their respective folders per film on my computer intended for use as future promotion, but in August 2017 one of my co-hosts announced that he was unable to be a part of the show due to other work commitments leaving me with the difficult decision about whether we should continue.

With a month prior to launch, and with a heavy heart I decided that it would be best to shelf my plans for the show but continue with the Twitter account.

Can you remember the moment you fell in love with Bond?

It is very difficult to pin-point the exact moment when I fell in love with the James Bond films, although I distinctly remember sitting at my Grandfather’s feet when I was five or six and watching the Connery and Moore films and thinking that they were great fun. Looking back he was clearly responsible for sparking my interest in terms of James Bond as he also had bought me the Corgi Aston Martin DB5 (with firing ejector seat) before I had even set eyes on the film Goldfinger.

I have a very fragmented memory of the James Bond films from that time but certain scenes such as the thrilling crocodile farm/ boat chase sequence from Live And Let Die and the centrifuge sequence from Moonraker made a lasting impression on me as a child. I remember watching, hand over my eyes, squirming with unease at the sight of Roger Moore’s face being contorted by the G-force as Drax’s henchman Chang did his very best to make sure that some harm came to James Bond.

I guess the moment which cemented my love for the character was when my mother gave me my first James Bond cinematic experience in 1983 when she took me to see Octopussy at the ABC in Sheffield.

What is the most Bondian thing you’ve ever done?

This is an incredibly boring answer but the closest I’ve come to anything Bondian is ordering a Vodka Martini. Shaken, not stirred, but what Bond fan hasn’t done that?

Being a Bond fan on Twitter and having quite the following, do you find there’s more pressure on you now to keep up the account and find fresh material?

I don’t free any pressure in that respect. I have always sought out new images in order to satisfy my own interest in the subject and I very much enjoy sharing them with people on social media who have the same passion and enthusiasm.

After collecting around 3000 images I figured that it might be a nice idea to create a chronology based online picture archive, complete with captions… little did I know what I was getting myself into. A year later from that idea a website has been created with significant contributions from a few trusted individuals that will feature over 13,000 images, covering every Eon film to include production stills, promo stills and posters.

If you could bring any Bond back to play the dad of Daniel Craig (we’ll exclude the late Sir Roger from this hypothetical) which one would it be?

The obvious answer for me is Mr Timothy Dalton. He was the first actor to really give Bond an emotional intensity, not unlike the way that Daniel Craig has done during his tenure. Both actors approached the role seriously and drew from the work of the creator Ian Fleming in order to stay true to what the character was.

I would propose that instead of James Bond’s dad showing up I would like to see Dalton as a main villain… ponder that!

Have you been to any James Bond locations and if so, your favourite?

I admit I haven’t visited many Bond locations apart from two. One is Somerset House in London, used for scenes in Goldeneye, which I was taken to earlier this year by my friend Joe, who helped with the website.

The other location is Eilean Donan Castle, off the west coast of Scotland, not far where I live, which doubled as a Scottish outpost for MI6 in The World Is Not Enough. It also appears as the stronghold for the Clan MacLeod in the 1986 film Highlander.

What do your friends and family think about your fascination with Bond?

Some of my friends were confused at first because they know me as the guy who is obsessed with Star Wars… My wife has endured my passion project for close to a year and has lost the rag with me on more than one occasion over the course of this year as I’ve been trying to build the Thunderballs website.

The Twitter account was mainly for me but the website is truly for the fans and I want it to be my small contribution to the Bond community.

I find picking favourites incredibly hard as I have so many. I would put the pre-title title sequence of The Living Daylights pretty close to the top of the list. It has a great premise of seeing 00’s on a training exercise, some top notch stunt work and a beautifully framed introduction for Timothy Dalton as James Bond.

What’s the one thing you would you like to see in Bond 25?

I would like to see a Ken Adam inspired villain’s lair complete with an action packed face off between two sets of contrasting boiler suited henchmen duking it out. I know that it’s been done before, but it’s fun right?

You can listen to the entire interview with Marty in episode 10 of the From Tailors With Love podcast. In the fortnightly show Matt Spaiser and Pete Brooker highlight the costumes and tailoring from the James Bond books and films.