On Saturday night after spending what seemed like a couple of hours trying to decide what we were going to watch we ended up with Knight & Day (2010) with Tom Cruise and Camaron Diaz.

Not because ether of us is a Tom Cruise fan you understand, more like mental fatigue brought about by having so many options. Don’t you just love the paradox of choice? It was daft but kind of enjoyable. 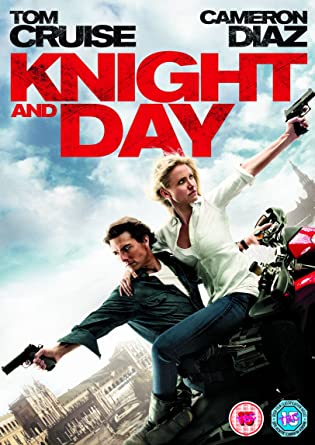 But one thing that really grated were the scenes set in Seville with bulls running through the streets as they do in Pamplona during the festival of San Fermin.

Pamplona is in the north of Spain in the Navarra region. Seville is in the south in Andalusia. Geographically and culturally they are completely different so it’s a bit like ordering haggis in Devon. It doesn’t happen.

This isn’t the first time that a Tom Cruise film has got Seville wrong. Mission Impossible 2 (2000) has a scene set in the city that mixes Holy Week in Seville with the Fallas that take place in Valencia, during which they burn elaborate sculptures, as well as the bull running. Spain is very far from homogenous.

It’s easy to see this kind of thing when you live somewhere, but the same problem exists with the James Bond films too sometimes. A recent example is the pre-title sequence of SPECTRE (2015) set in Mexico City. It features a Day of the Dead parade, yet no such parade actually existed until then.

In a case of life imitating art the city decided it was a good idea and has since put on similar parades. Maybe Seville will eventually decide it needs effigy burning and bull running too. Who knows?