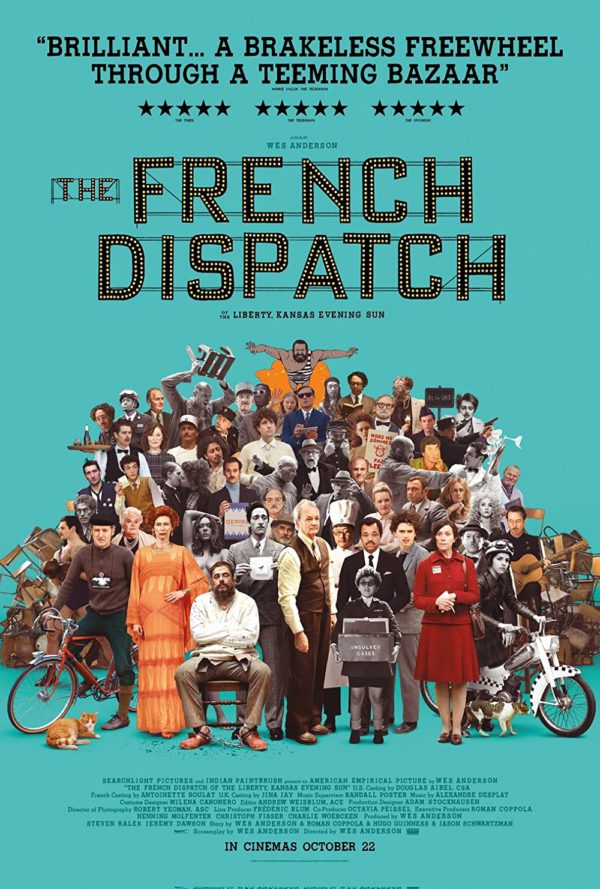 Last week I saw Wes Anderson’s The French Dispatch. It was a pretty enjoyable film and quite different to the other two movies I’ve seen in the last few weeks, No Time to Die (duh!) and Dune.

One of the things that struck me about The French Dispatch is the number of actors from recent Bond films. Léa Seydoux is a prison guard who models naked for an incarcerated painter played by Benicio del Toro. Jeffrey Wright plays a food journalist, Mathieu Amalric is a police commissioner and Christoph Waltz has a small role as an art dealer.

The film also has current Hollywood darling Timothée Chalamet, who plays one of the lead roles in Dune. And that also has Javier Bardem snorting through his nostrils, much as he did in Skyfall.