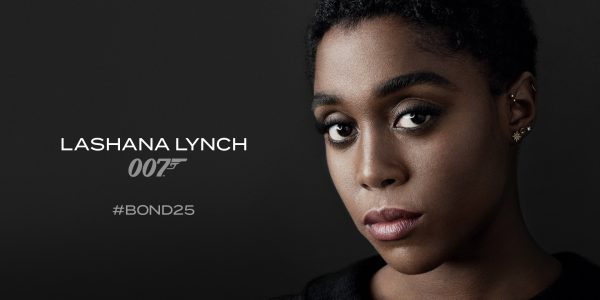 Lashana Lynch is a vibrant and diversely talented actress, making her mark as a promising performer across film, television and stage.

She co-stars in Anna Boden and Ryan Fleck’s Captain Marvel alongside Brie Larson. She can be seen as Maria Rambeau, Carol Danvers’ (Larson) best friend and fellow Air Force pilot using the call sign Photon. In addition to portraying a fighter pilot in the film, she also portrays a single mother to a young daughter who has some superhero aspirations of her own. Captain Marvel is the highest-ever grossing film with a female lead and the second-biggest debut for a Super Hero movie.

Lynch will soon begin lensing FX’s drama Y, where she stars opposite Diane Lane, Barry Keoghan, and Imogen Poots. The series is based on the award-winning graphic novel Y: The Last Man. The series traverses a post-apocalyptic world in which a cataclysmic event has decimated every male mammal save for one lone human. The new world order of women will explore gender, race, class and survival. Lynch plays Agent 355, a secret agent who we learn is part of the Culper Ring, a mysterious United States government agency dating back to the American Revolution. FX is slated to premiere the show in 2020.

Lynch made her film debut in the 2011 drama film Fast Girls, co-starring Lily James and Lenora Crichlow. The film follows the story of two women as they become professional sprinters and join the British relay team for a World Championship event. She later starred in The 7.39, a British drama television film, written by David Nicholls, that aired in two parts on BBC One in 2014. In 2016, she was seen in Noel Clarke’s Brotherhood.

On television, Lynch was the breakout in Shonda Rhimes’ ABC period drama series, Still Star-Crossed, in the leading role of Rosaline Capulet. Based on Melinda Taub’s book of the same name, the series follows Rosaline, Juliet’s cousin in 16th century Verona, who is betrothed to Benvolio Montague against their will by Prince Escalus, in order to end the feud between the two families. Additional credits include Silent Witness, a crime drama series on BBC ONE, Death In Paradise, a crime comedy-drama series also airing on BBC ONE, Atlantis, a BBC fantasy-adventure TV series, and Crims, a comedy series on BBC Three in 2015.

On stage, Lynch most recently seen in her second collaboration with writer and director debbie tucker green as part of the ensemble of Ear For Eye for the Royal Court Theatre. Prior to that, Lynch was seen in a profoundly affectionate, passionate devotion to someone (-noun), written and directed by debbie tucker green, at the Royal Court in London. She also gained rave reviews for her performance in Educating Rita at the Chichester Festival Theatre, where she played the iconic title role opposite Sir Lenny Henry. She is also well-known for her role as Tybalt in Romeo And Juliet for the Royal National Theatre’s The Shed.

Lashana is a Laurence Olivier Bursary Award winner, an award given to outstanding students at the end of their second year of drama school. She is a graduate of Arts Educational School, London.