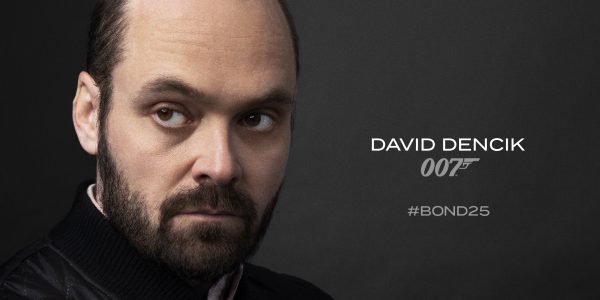 David Dencik is a Swedish-Danish actor. He graduated from Teaterhögskolan in Stockholm in 2003 and has since played major roles in both Scandinavian and English-language films, for which he has received several awards and accolades. He is best known for his roles in Tinker, Tailor, Soldier, Spy and Top of the Lake: China Girl.

David made his film debut in Christoffer Boe’s highly acclaimed Reconstruction (2003). He went on to star in the lead role in the TV series The Laser Man (2005) and in director Pernille Fisher Christensen’s feature film A Soap (2006) in the role of the transsexual Veronica. For this performance, he won the Danish Academy Award for Best Actor. The film also won the esteemed Silver Bear at the Berlin International Film Festival.

David received international attention, especially in the year 2011, with his appearance in highly acclaimed Tinker, Tailor, Soldier, Spy (2011) by Thomas Alfredson, in which he stars in the role of Toby Esterhase. The film won over thirty awards and got three Academy Award nominations. David also appeared in War Horse (2011) by Steven Spielberg, which was nominated for six Academy Awards, and in The Girl with the Dragon Tattoo (2011) by David Fincher, which won an Academy Award and got another 27 wins.

In 2012, David played the sly and scheming Guldberg in A Royal Affair directed by Nikolaj Arcel. The film competed at the 62nd Berlin International Film Festival and was nominated for an Academy Award.

In 2017, Dencik portrayed the villain Puss, one of the main characters in Top of the Lake: China Girl, written and directed by Jane Campion. David played opposite Nicole Kidman, and he earned a nomination for an AACTA Award for Best Actor, and the series won for Best Television Drama Series and was nominated for a Golden Globe. He also appeared in Tomas Alfredson’s The Snowman (2017) as the creepy doctor Idar Vetleson opposite Michael Fassbender and Rebecca Ferguson, and in the TV series Genius: Einstein (2017) in the role of Danish physicist Nils Bohr.

In 2018, David played the loud and jovial Boris Godman in BBC’s TV Series McMafia which has gained critical acclaim and he also starred in ITV’s series Rig 45.

This year David appears in The Kindness of Strangers by Lone Scherfig which opened the Berlin Film Festival 2019 and plays defence lawyer Peder in the Netflix series Quicksand. He will also portray the alleged serial killer Thomas Quick in the film The Perfect Patient about one of the biggest legal scandals in Swedish history.

Later this year he is starring in Christoffer Boes TV series Face To Face and plays the role of Gorbachev former President of the Soviet Union in the HBO Mini-Series Chernobyl.