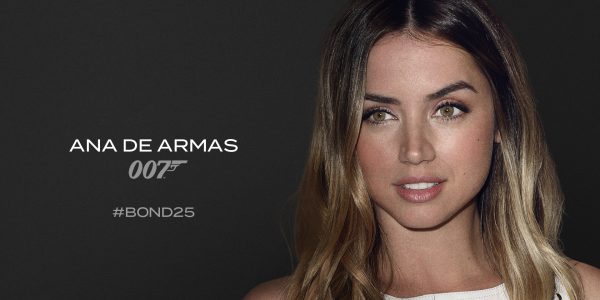 In December, Ana completed a starring role in writer-director Rian Johnson’s modern-day murder mystery, Knives Out, starring apposite Daniel Craig and Chris Evans. The film will be released by Lionsgate in the US on November 27, 2019.  Ana is currently in production on the spy drama, Wasp Network, directed by Olivier Assayas. She co-stars opposite Edgar Ramirez, Penélope Cruz, and Wagner Moura.

Prior to that, Ana starred opposite Wagner Moura in the Netflix biopic feature, Sergio. The film focuses on the life and work of the Brazilian, United Nations diplomat, Sergio Vieira de Mello. Ana plays “Carolina,” a United Nations Officer, part of an elite international collection of the UN members. This film is set to be released Fall 2019.

At the 2018 Tribeca Film Festival, Ana starred opposite Demian Bechir in the critically acclaimed dramatic short film, Corazon, based on a true patient story in association with New York’s Montefiore Hospital.

Currently, Ana can be seen in Denis Villeneuve’s Blade Runner 2049 alongside Ryan Gosling and Harrison Ford. The story takes place several decades after the conclusion of the 1982 original which was set in 2019 in a dystopian Los Angeles. The Wrap said that as ‘Joi,’ de Armas “…exudes warmth and poignancy.” The film, executive-produced by Ridley Scott, was released by Warner Bros. on October 6, 2017. Also in 2017, de Armas appeared in the action movie Overdrive with Scott Eastwood and Freddie Thorp.