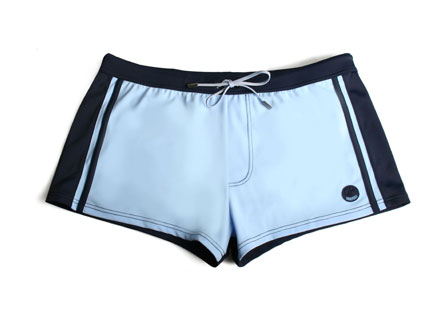 Daniel Craig caused quite a stir when he appeared in those trunks while filming in the Bahamas while filming Casino Royale. The move appears to have been targeted at the female cinema-going public, who could almost be heard to collectively gasp when the pictures were first seen. In addition to the light blue trunks, Bond also wears black trunks towards the end of the film.

As the trunks have been out of production for several years you are most likely to find this product on eBay.